Hello world. I have been getting into WebCore - what an amazingly flexible app!

Today I am looking for a hardware suggestion. I have an old electric clothes dryer (North America) with a very loud 110V AC intermittent buzzer/notifier that the drying is finished. The idea is to disconnect this buzzer and connect an inexpensive AC Voltage sensor or switch to trigger a more gentle notification through Alexa or similar.

In a nutshell, if voltage goes from 0 to 120V, trigger a notification. Can I just wire a plug or switch and use a piston to monitor its online/offline status? Any examples?

The https://www.fortrezz.com/shop/mimo-lite might do the trick as well. The MIMOlite Module is an interface / bridge module, capable of converting a digital or analog voltage input and/or a Z-WaveTM RF message input to a dry contact relay output and/or a Z-WaveTM RF message output. The MIMOlite module provides one input and one relay output (isolated dry contacts, NO-COM-NC) and is capable of Z-WaveTM input/output/control. The system includes a program switch for Z-WaveTM inclusion/exclusion and an LED for various status indications. 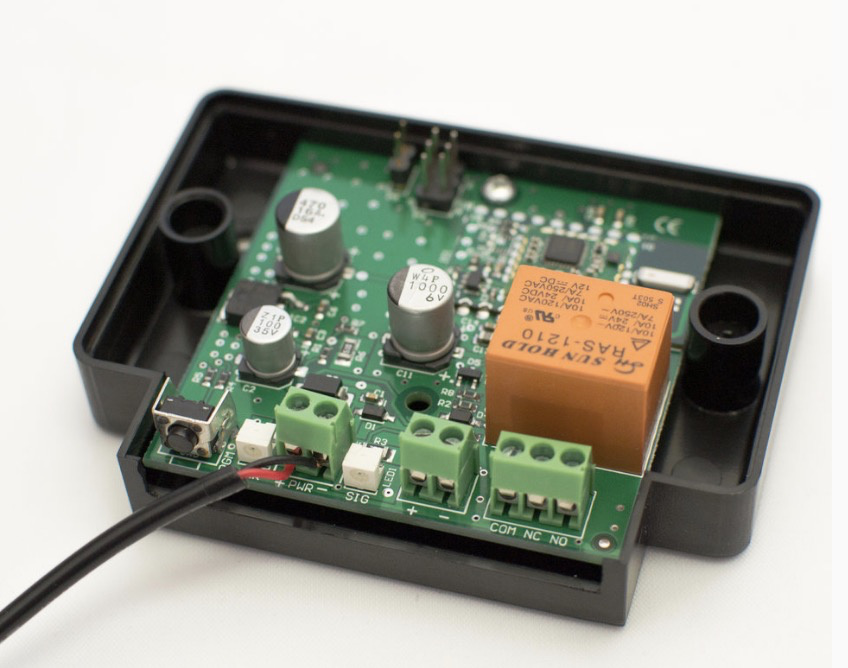 Exactly what need, thanks! It’s not cheap though!

I know you are looking for a hardware suggestion but just in case IF you can’t find anything, I’d recommend using a vibration sensor.
Disconnect the buzzer, and write a piston that detects if vibration of the sensor stops and sends what ever notification you want…

My initial worry was that the vibration sensor would pick up spin cycle vibration from the washing machine next to the dryer. Now that I think about it more, I could probably use a variable that will ensure that at least 10-15 minutes of vibration had passed before it stopped. I ordered the sensor and will revert back. Thanks for the suggestion.

So the solution that ultimately worked for me involved the the vibration feature of the door sensor. However, when I attempted to integrate it with Alexa, I realized that Alexa would not allow a virtual switch to trigger any actions.

Instead, I used an old Android tablet and Tasker + SharpTools in order to trigger the announcement (mp3 chime plays when triggered). I used a variable in Webcore to only toggle the ST virtual switch when vibration was present for 15+ minutes.

As a consequence, the tablet+Tasker+Sharptools is now my central notification tool for all future automations. This removes Alexa as a dependency (frankly, I wasn’t thrilled about using yet another cloud service in the chain anyway).

Thanks for the ideas.

I realized that Alexa would not allow a virtual switch to trigger any actions.

IF sleeping switch changes to ON
then
Do this do that…

I believe Alexa can trigger anything, but it appears that I cannot trigger Alexa to perform actions based on a ST virtual switch. A cursory search suggests that this also depends on the country. Regardless, this made me look closer at and start using Tasker, which I don’t regret doing.