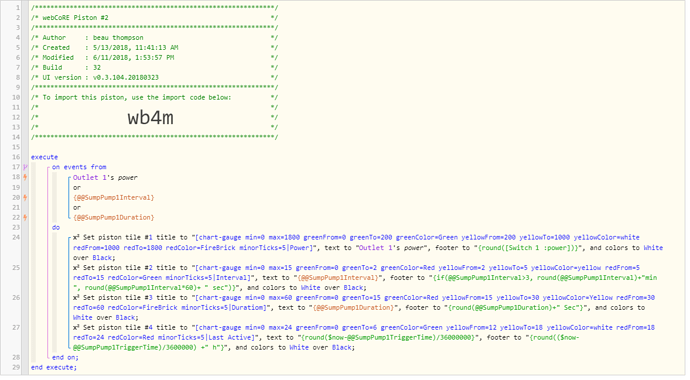 @beau76, because you have it “On event”, that last gauge won’t have anything to trigger an update unless the sump-pump power increases. (And, of course, when the power increases, the timers get reset, so the last-active is always going to be zero or near zero). You need to have it on a timer to update periodically like I do.

@slam525i is the timer in the correct place 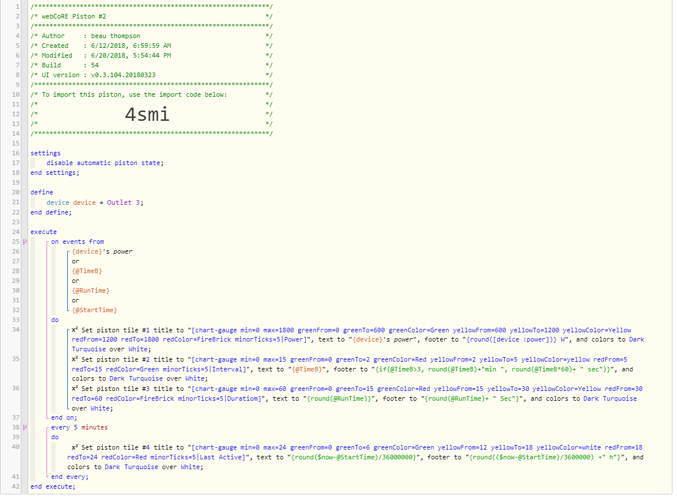 @beau76 I don’t understand your question…

What i am ask is the every 5 in the in the right place in the code?

There’s no real integration (yet?). I’ve done some work with simulated switches and the like that will show up on ActionTiles as devices.
For instance, I have a simulated switch that I use webCoRE to flip On when my sump pump activates. That provides a visual alarm on ActionTiles that I can shut off if I want. It takes some setting up through the SmartThings IDE, where you have to add the Simulated Switch to Device Handlers and then create a new device using it.
I also tweaked the tile on ActionTiles to have a pipe icon and use the “warn” Tile Intention instead of “accent” so that it would look more like an alarm.
There’s an on-going feature request for ActionTiles to add tiles that combine devices and tiles that can display statuses and other things. We’ll have to wait to see if that materializes, though.

I wold like to see how you have that setup 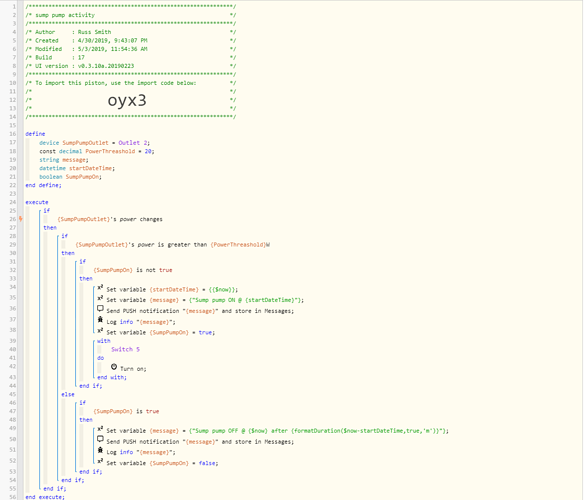 sump pump activity.png1178×1002 110 KB
When the sump pump kicks on, it will draw power through the SumpPumpOutlet at an amount over PowerThreashold. The piston then records the current time in startDateTime, sends a Push Message that the pump is on, logs the same, sets the SumpPumpOn semaphore to true, and turns on my virtual Switch.
When the sump pump shuts down, power use drops below PowerThreashold, and the piston sends a Push Message telling the duration of the run, logs the same, and resets the SumpPumpOn semaphore.
In Action Tiles, the simulated switch is set up thusly: 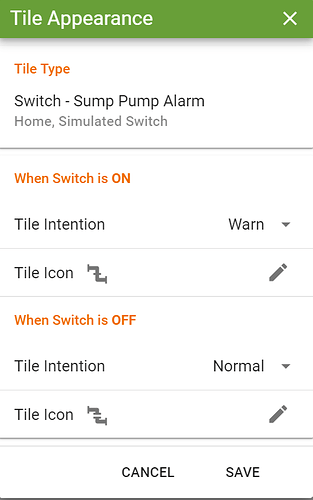 I created an account just to say thanks to everyone for ideas on this. This was my first webcore piston, though I had used core before. For me, if it’s been more than an hour since last run, I want to be notified on my phone. Don’t really need any dashboard stuff. I write to the notifications in app every time it runs, so I’ll have data to refer back to. Here’s what I ended up with: 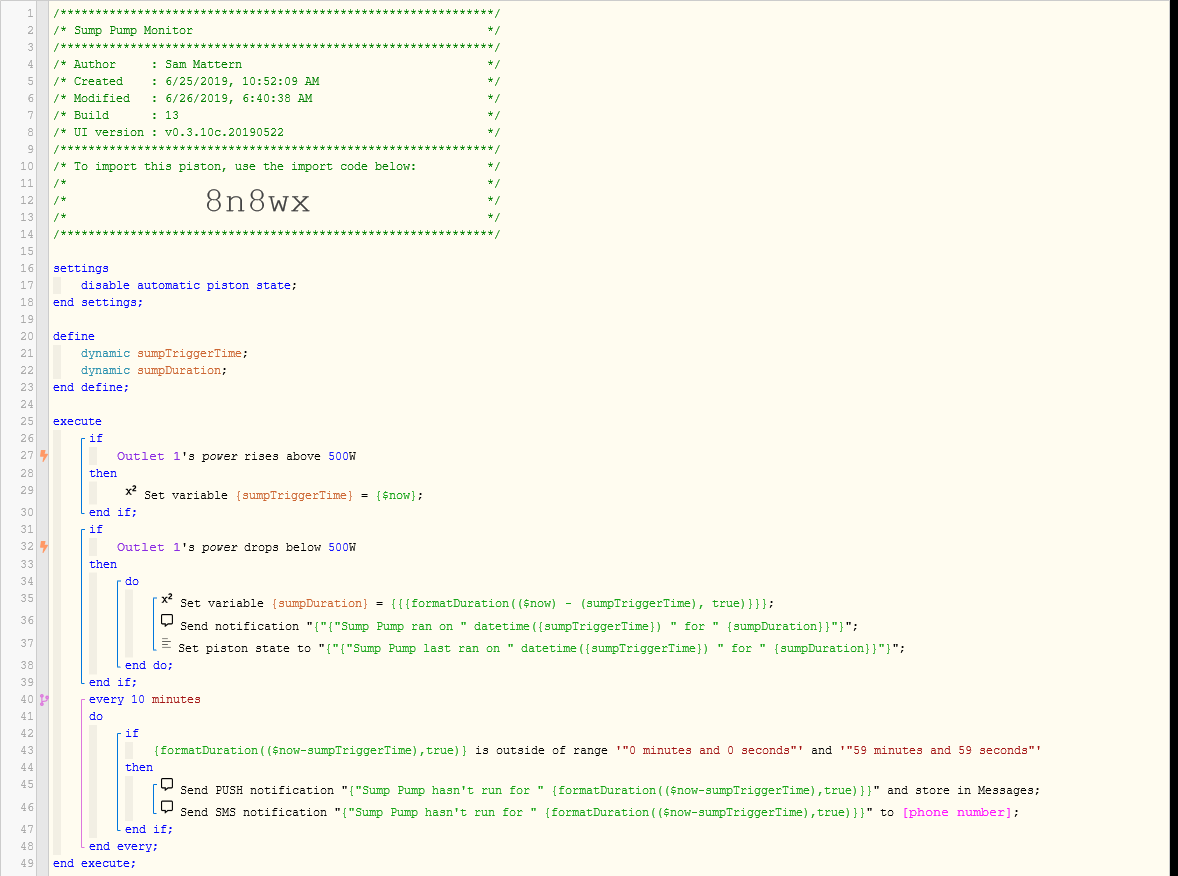 look at this
https://community.webcore.co/uploads/default/original/2X/9/92faebcc7df2f00739ea1ded6d12e096daf3ff27.png
if the pump why would it be not true ?
beau