ST-exported Piston does not work in Hubitat

I’ve recently moved from ST to HE - and have successfully moved over 99% of my Pistons.
But this piston now refuses to fire - would love some help on why!
On ST/Webcore - each night, when the TV HEM socket drops below 40W for 15 minutes (because the TV has been turned off) - it fires a 2nd piston (that turns off all the lights in the apartment).
But on HE/Webcore, the very same Piston won’t fire…
I’m using a SmartThings Zigbee outlet on a Hubitat C7, generic zigbee outlet driver, power reporting set at 10W.

This is the ST Piston 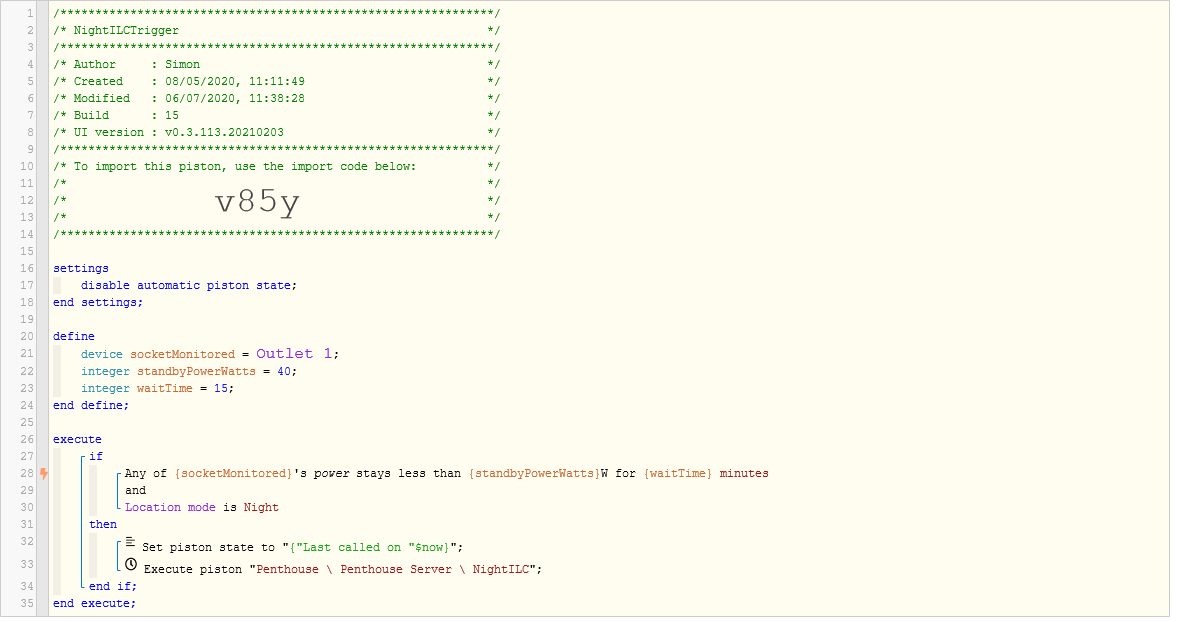 This is the HE Piston 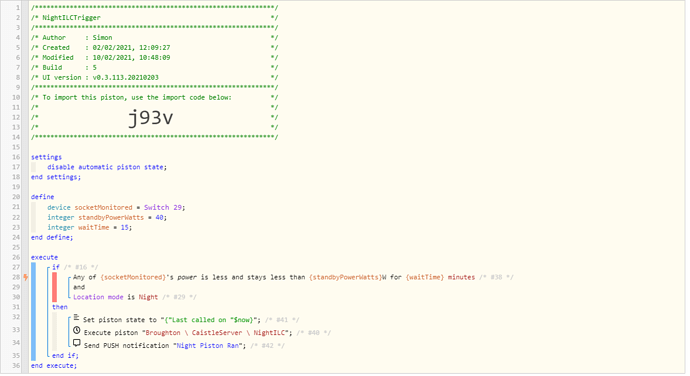 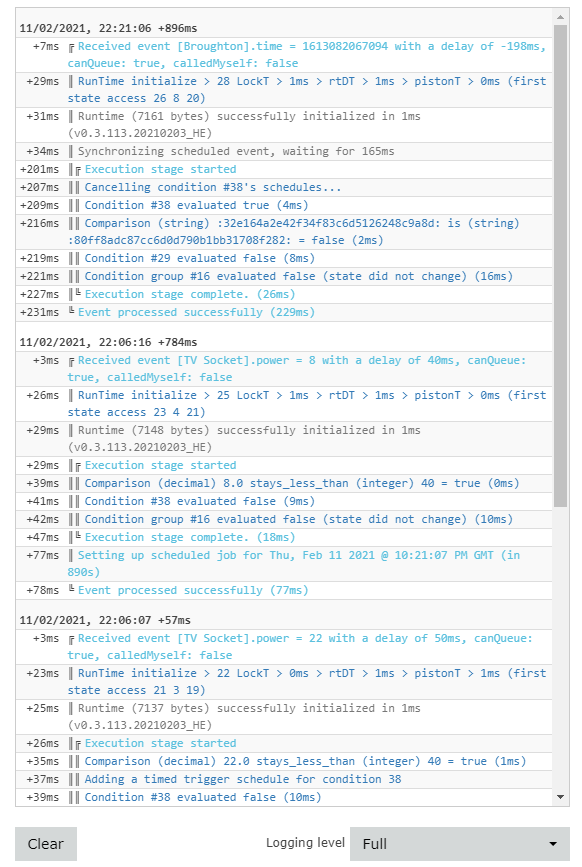 It looks like your location comparison is not matching. What are your modes, and why do you see them not matching?

You might re-create that part of your if statement or check what mode you are in.

The (relevant) modes are Evening and Night. You are quite correct - at the time the HE piston triggered last night it was still ‘Evening’ - Night mode only started 6 minutes later - but this is normal (Night mode is set by a button in the bedroom, or at 23.30 daily, whichever comes first).

But you’ve got me thinking now about the differences in the execution. Maybe its down to the device/driver - In ST the socket reports tiny changes in power - so it triggers often enough that there’s time for the mode to charge to Night. In HE, at 10W reporting, once the TV goes into standby, the HEM drops to next to nothing and stays there. The 10W filter on reporting means after the 2 or 3 times the power drop triggers the piston, there’s not enough power variance being reported to trigger the piston. it looks like the same HEM on ST reported on 0.1w variance.

I’m going to change the reporting down to 1w, and see what happens.