Yet another take on motion sensitive lights 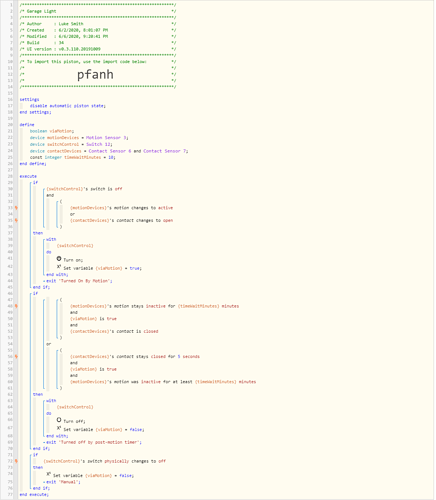 Firstly, forgive me, I’m new. I’ve spent the last week or two trawling through many examples and posts about motion sensitive lights. After much fiddling this is mine. I like it more than the others I have tried.

The logic is fairly simple:

The result is a light that stays on if you turn it on manually - toggling it on-off-on will keep the light on eternally. If you open the door and then close it again without entering the light will turn off after 5 seconds.

Its not shown in the screen shot but the selection of ‘All’ or ‘Any’ devices in the triggers is important.

PS. I didn’t particularly want the 5 second delay when closing the door without triggering motion, but the piston wouldn’t work reliably otherwise.

If you want to use it for an outdoor light then you can limit the ‘turn on’ logic to also require it to be between sunset and sunrise - or whatever time you like - as below: 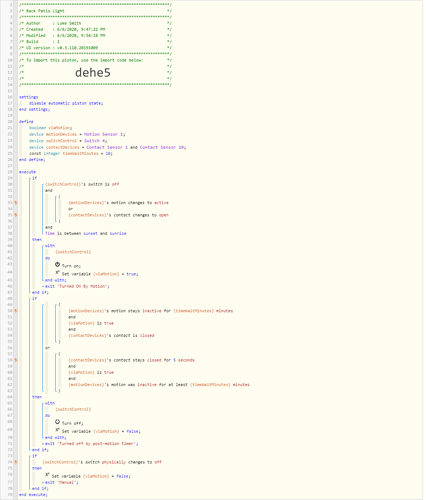 How can the garage door piston be changed to turn off the lights even if the door is open? 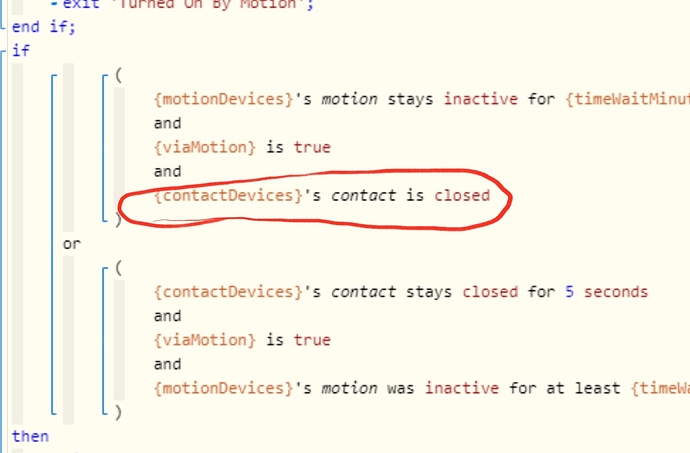