Font Awesome - Some Icons not displaying in Tile?

For the life of me, I love

using the new V5 Font Awesome icons in my WebCore Tiles dashboard. But sometimes some of the FA icons do not render for me where many of them do. This is probably something I overlooked in the wonderful documentation but I have re-read the WebCore wiki and Font Awesome documentation.

According the the FA display page, the “fas fa-weather-frigid” does not display what it should. Here is what I get from my WebCore expression. 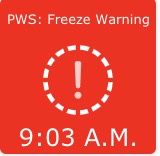 I have the following conditions:

I was hoping to render the following FA Frigid Weather icon: 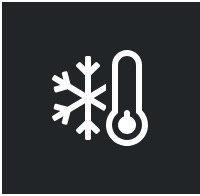 Sorry about that, we are currently on version 5.3.1 of Font Awesome. The licensing for these icons requires us to load them from the FontAwesome.com Pro CDN which verifies the license and loads the icons, but it is currently only provided for explicit Font Awesome versions. Unfortunately we can’t just point the script URL to load the “latest” version. Since Font Awesome 5 is a very active project this tends to get outdated and require periodic updates to the dashboard.

The Font Awesome icon page does not seem to explicitly show the date the icon was first published but in most cases it seems that this “Updated” version is a good indicator of which version the icon was introduced. In this case since 5.5.0 is later than 5.3.1 the dashboard does not yet have access to this particular icon.

I will get that Font Awesome version updated for the next release.

Great explanation and I totally understand. I thought it might be an issue on my end!

Is there a way for us to see the current version of Font Awesome being used by webCoRE? The reason I ask, is i’ve put up all my decorations…attached to smart switches with automation etc. and wanted to put status tiles on my dashboard. However, most of the christmas icons I’ve tried were introduced/updated in 5.6.1 and don’t render on my status tiles.

edit:
Whats also a shame (and not anything that can be remedied by the awesome WC team), would be if we could filter the font awesome gallery by the active version being used by WC

OK, from using the dev tools of chrome it looks like its using 5.5.0? Am I right?
That gives me something to go on.

I guess the $1M question now, is how often you update? I’m guessing its tied to a webCoRE release, but do you automatically always import the latest available font awesome into each release?

bacon, burrito and bread… dunno what those FA guys are thinking

bacon, burrito and bread… dunno what those FA guys are thinking

I guess they have the munchies from all that coding

Hi everyone,
Is there anything to do to transition our pistons to this new FA release ?
None of my tiles display their icons anymore (Only colored squares).

Example of piston I use: 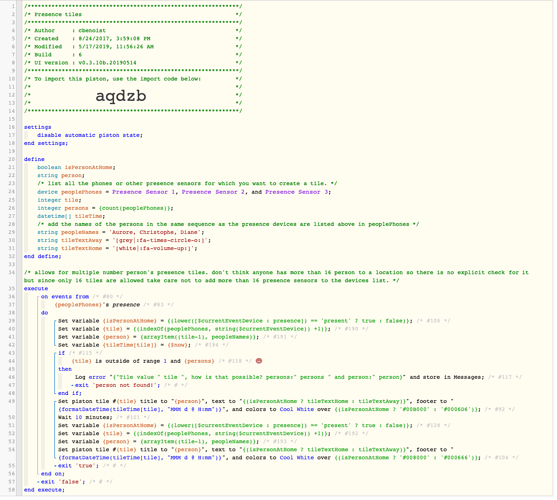 Thanks for your help !

Maybe a screenshot of the issue would help

This was working very well until a few days/weeks ago.
Thanks for your help!

Maybe you need quotes around tileTextHome and tileTextAway on line 49??

Hummm weirdly enough, I just logged in to try that and before I even change anything I can now see the icons again…
So I guess my issue is resolved now